Composition in 3 parts on texts by Rodrigo Barrientos Aravena

In 1998 "Impressies" on 3 spanish poems was performed in "de Bachzaal in Amsterdam" by Mirjam Wesselink.
One of the parts , "Lineas" in the version of a-capella she performed at her final exam in the Conservatory in Utrecht 1997. 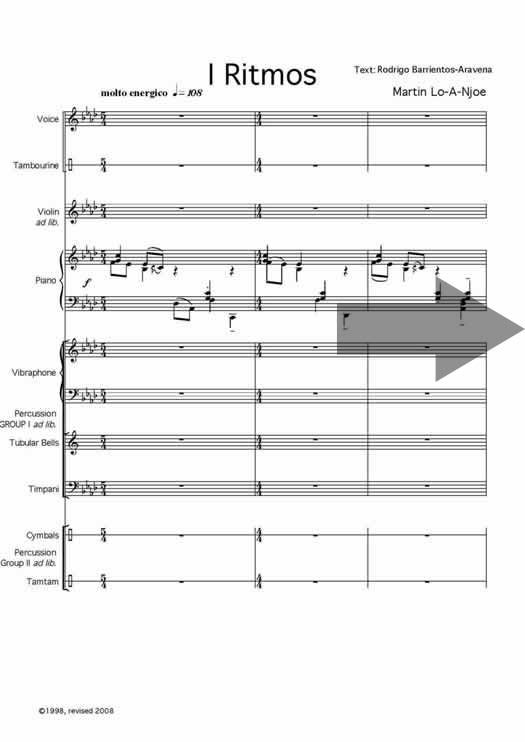